Note all prices are in case packs

Funko POP! is a crossover vinyl figure series by Funko and other famous franchises such as Disney, Pixar, DC Comics, Marvel Comics, Simpsons, South Park, Uglydoll, etc. Each POP! figure is about ~3″ to ~5″ tall and crafted in a Japanese anime/manga super-deformed style (NOTE: due to the unique design of each character, the actual size of the figures may be smaller or bigger than stated).

The POP! Tennis x Tennis Legends series features some of the most popular sport players from various major and minor leagues, across many different sport games.

For all you tennis lovers.  Funko has your favourite players in POP vinyl.  Here is the tennis Legend Amanda Anisimova 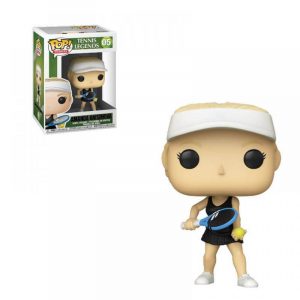